Enter your email below to start saving and to stay up-to-date on our latest collections.

Plan some Halloween party games for kids without breaking the bank. These games are perfect for kids' Halloween parties, classroom celebrations, or just fun at home in the weeks leading up to Halloween. And for many of them you might already have everything you need to play right in your house.
Here are 12 fun and festive Halloween games for kids. 1. Halloween Feel Box
This gross activity is always a popular Halloween party game. Make Halloween feel boxes with various foods, such as cold spaghetti (worms) or peeled grapes (eyeballs), and household items, and have the kids feel what's in the box without looking in it. Then, they get to guess what they think they felt in the box. Once everyone has had a turn to touch the items and make their guesses, open the box and show them what's inside. 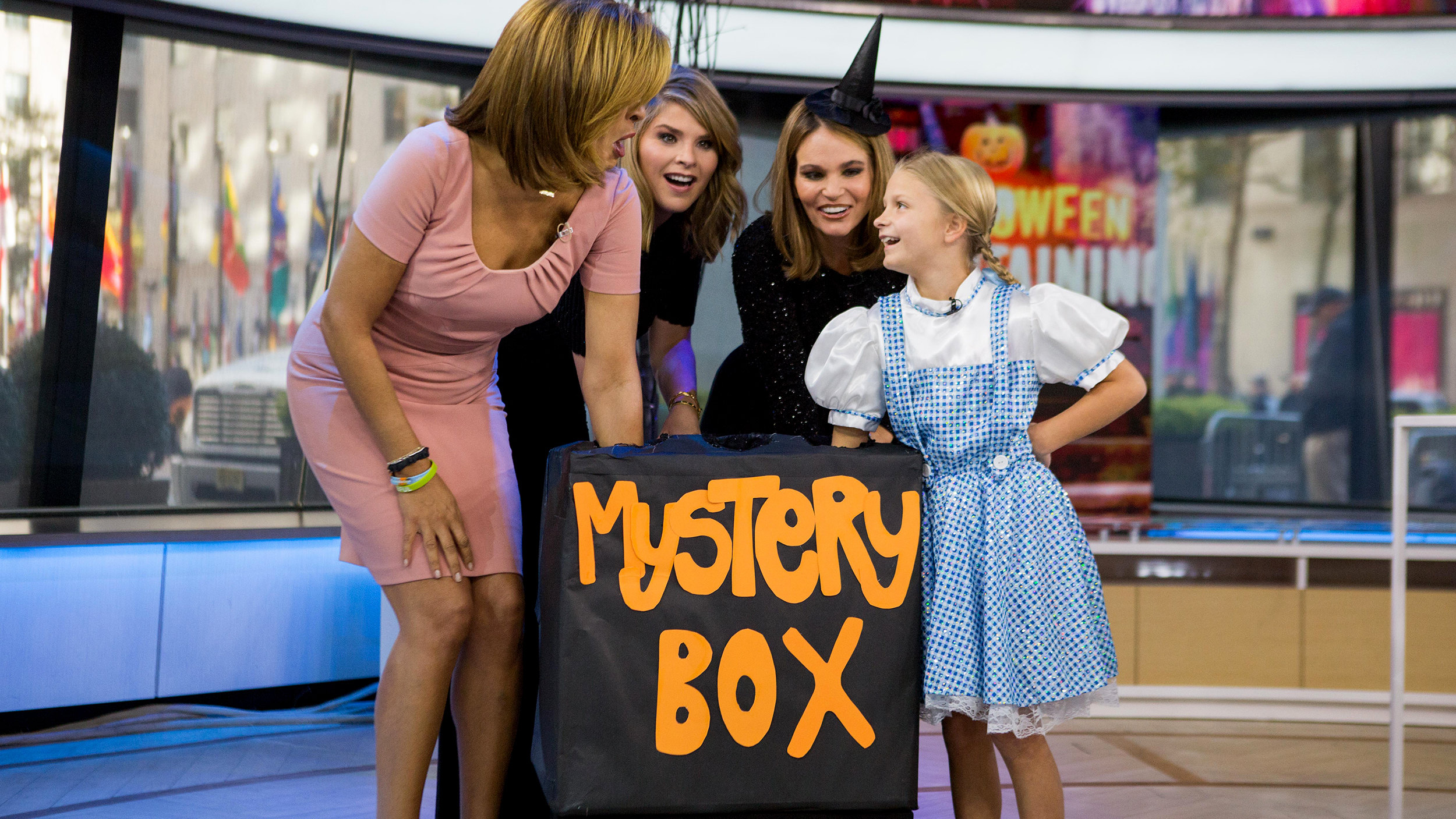 2. Halloween Pumpkin Patch Hunting Game
This fun game will have kids searching for mini or plastic pumpkins that are hidden around the house or classroom. The person or team that finds the most pumpkins wins. If you don't have any pumpkins on hand, draw some pumpkins on pieces of scrap paper to hide. 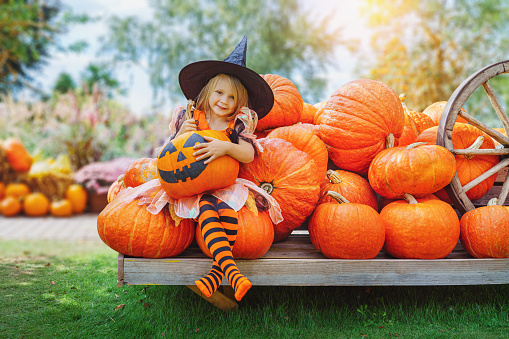 3. Monster Freeze Dance
Put on some Halloween tunes, and have the kids boogie until the music stops. Then, they have to freeze. Children are eliminated for not freezing. And the last person standing is the winner. For a fun variation on this game, tell kids to instead pose as different Halloween characters as they freeze, such as a cat, witch, pumpkin, or mummy.

4. Old Costume Relay Race
Have kids race to put on and take off old Halloween costumes in this fun and frantic Halloween party game for kids. Divide the kids into even teams for the relay race. The team that has every member put on and take off their designated costume first wins.
5. Wrap the Mummy
Often used during classroom parties, this easy game is always a bit hit. To play, start by dividing children into groups of three to five kids. In each group, select one child to act as a "mummy," and give the others a roll or two of toilet paper or white crepe paper. Instruct the children to wrap the mummy with the paper, leaving the eyes, nose, and mouth uncovered. The first group to be done with their roll of paper wins. Or simply let the kids wrap to their heart's content to burn off a little energy! 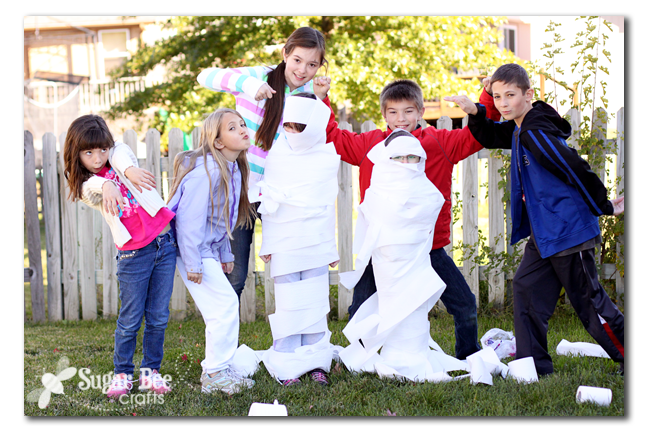 6. Pass It on Ghost Story
Tell ghost stories in "round-robin" fashion with this spooky Halloween party game for kids. The activity calls for sitting in a circle with candles, but it can work just as well with mini flashlights. Have each person tell a portion of a spooky story and then blow out their candle or turn off their flashlight before passing the story onto the next person. 7. Candy Corn Relay Race
Split kids into teams, and have each team race to move candy corn from one bowl to another. The catch is they have to use a spoon and can't touch the candy corn with their hands. The team that finishes transferring the candy corn between its bowls first wins. 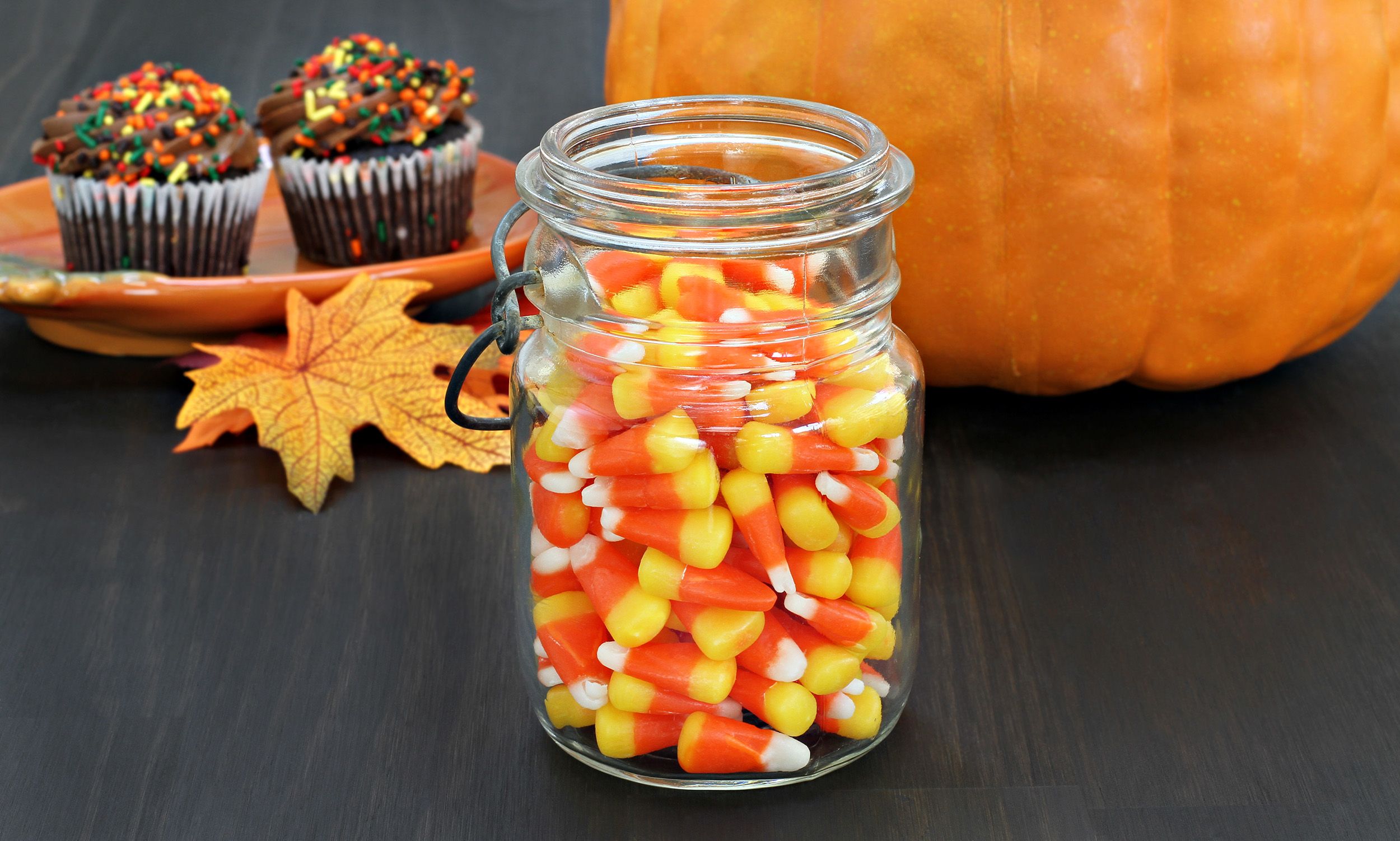 8. Wiggle Worm Race
This Halloween game will get kids moving. Kids hold hands to form a "worm" and then run from one spot to another trying to keep their worm intact. It can be played by teams or just be a fun activity for all the kids to do together.

9. Scarecrow Races
Split kids into teams, and provide each team with a scarecrow and a bag of clothes. Then, have the kids dress the scarecrow one article of clothing at a time in a relay race format. The first team with a fully dressed scarecrow wins. 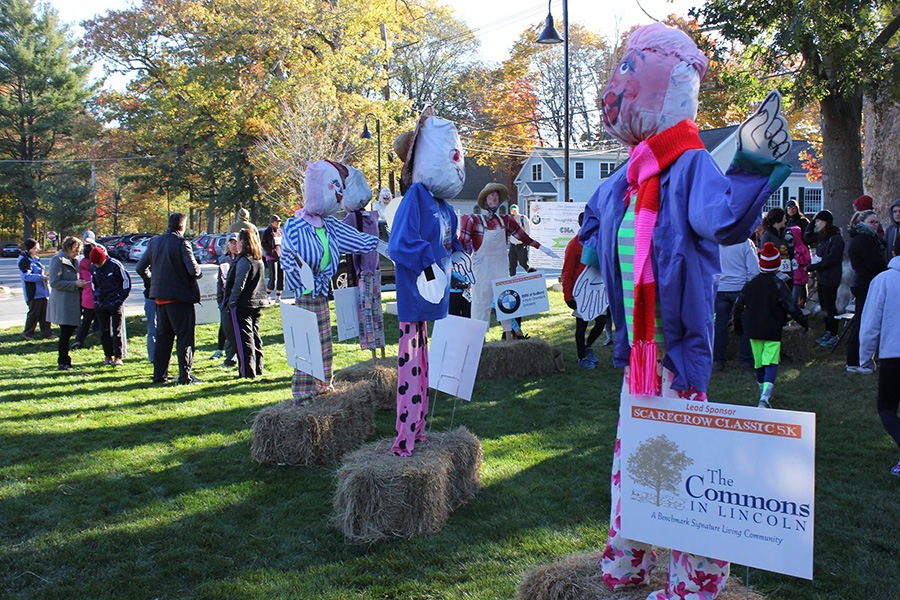 10. Pin the Stem on the Pumpkin
Create a pumpkin out of posterboard or cardboard, and make a separate stem for it. Then, blindfold kids and have them try to pin the stem on the pumpkin. You can use masking tape on the stem if the kids are too young for pushpins. 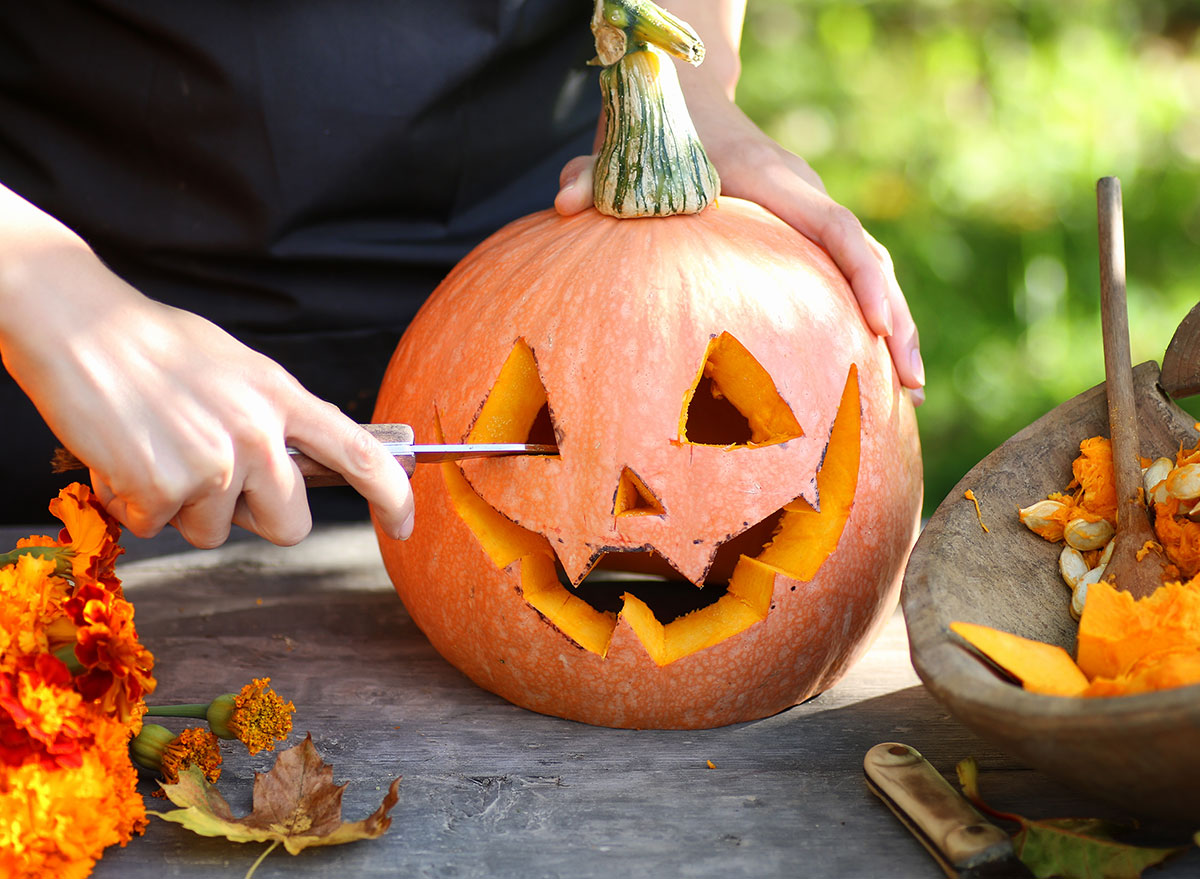 11. How Many Halloween Candies Guessing Game
Fill a jar with Halloween candy, and have kids guess how many pieces are in the jar. The winner either guesses correctly or is closest to the correct number. They can take home the jar—after sharing a piece with everyone, of course. 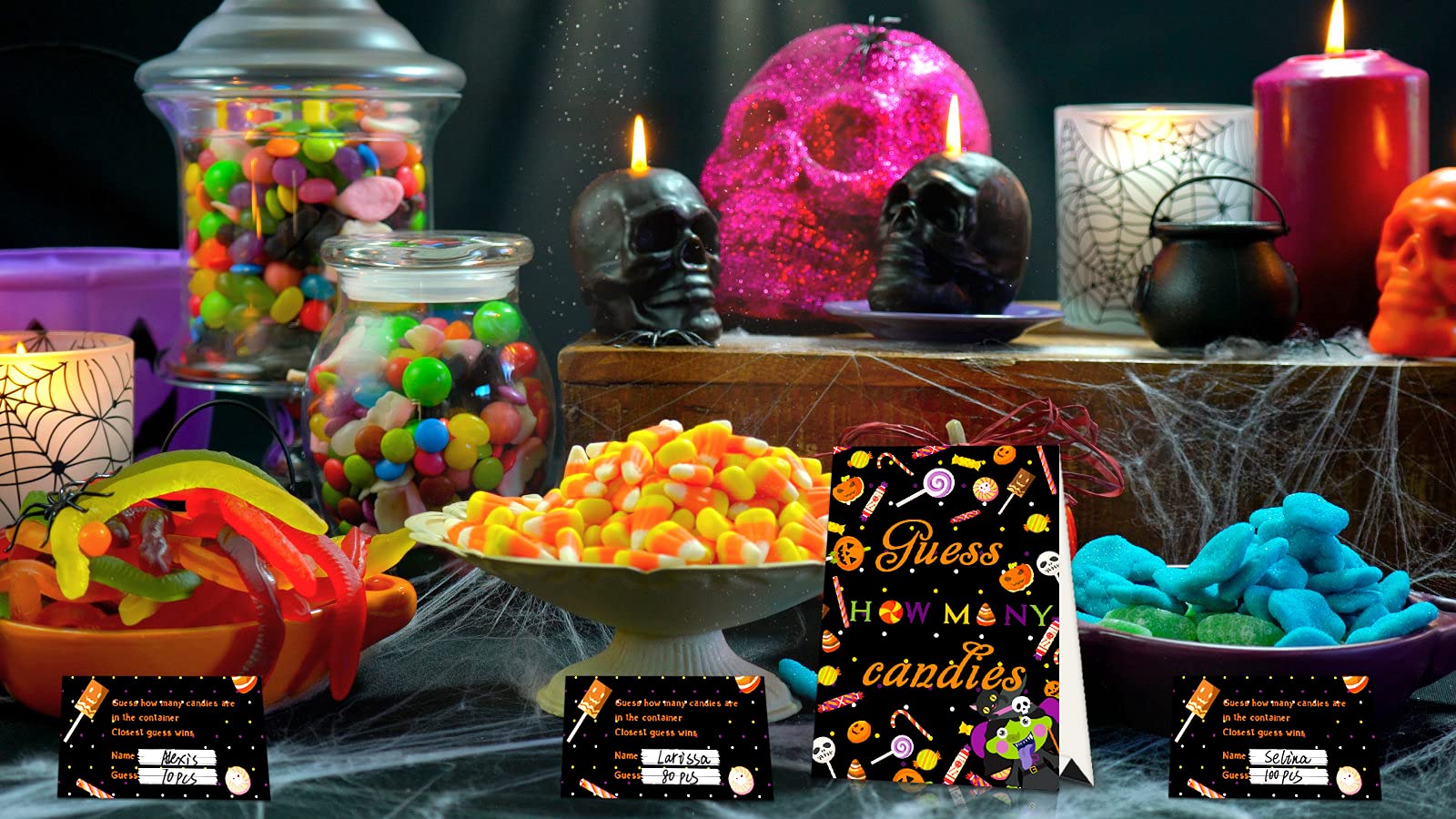 12. Halloween Musical Chairs
This game is a fun twist on musical chairs. Print out Halloween-related images, and spread them around the room. Have smaller versions of the images to put in a jar. Have Halloween music playing, and when it stops the kids must choose an image on which to stand. Pull an image from your jar. Anyone standing on that image is out of the game. Remove the image, and keep playing until there's a winner. 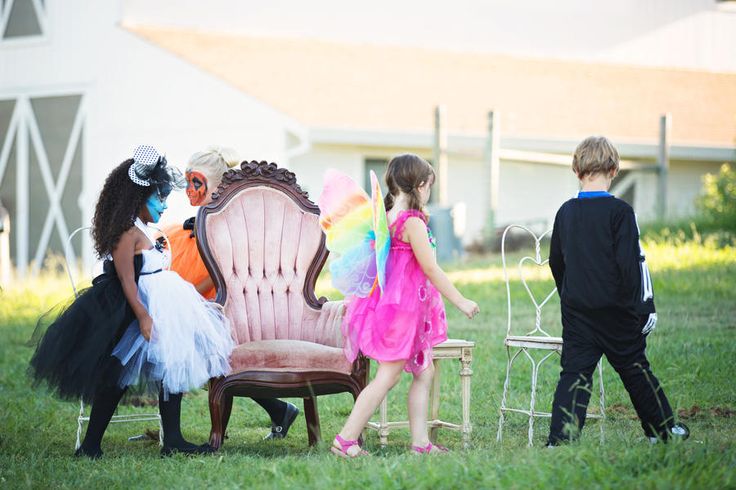 We offer free shipping service for all orders

All things home and patio, all in one place.

Our friendly team’s on hand seven days a week.

Your payment information is processed securely